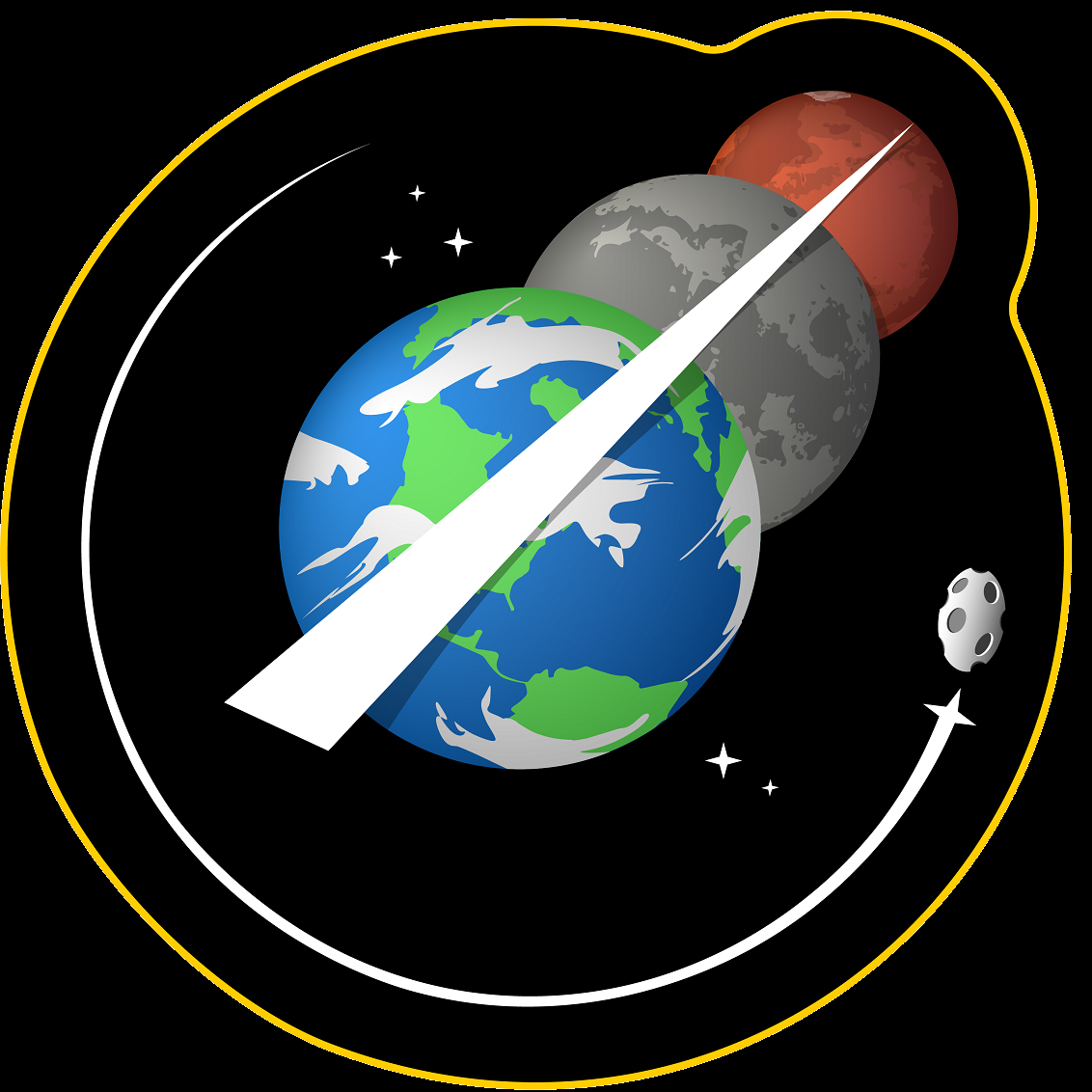 DIVER is a student-led project with the focus of designing a robotic solution for the exploration and inspection of flooded mines. We are a small team of computer science, mechanical, and electrical engineering students. Like all MINE projects, we enjoy the mentorship of our advisor, Dr. Paul van Susante, but otherwise we operate with autonomy. This project has been around for a few years, but has only recently come to its current focus of designing a submersible robot specifically for flooded mines. The past two semesters we have been working on an effective prototype, with the goal of eventually testing in our local Quincy Mine. We are a team of hardworking individuals who want to see this project succeed, but we’re also just students trying to learn the engineering process from first-hand experience. This is a great place to learn from mistakes and explore ideas and grow in leadership. 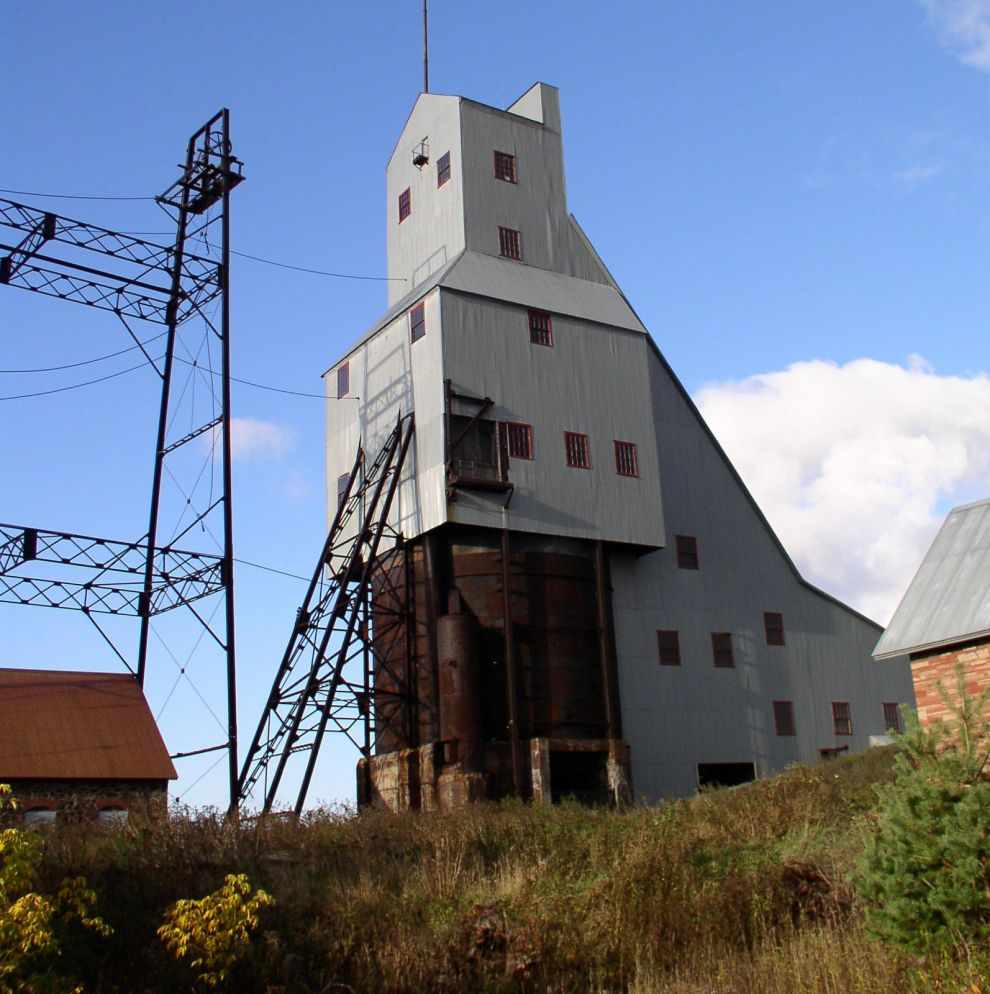 Mines have historically been the industrial centers of many communities. As these communities have sprung up around mining “booms”, they also have had to learn to re-adjust during “bust” periods. Dr. Timothy Scarlett, in large part the inspiration for our project, has an idea that might make these communities centers of industry again: using abandoned mineshafts as enormous batteries.
Energy demand isn’t consistent throughout the day. There will be times when the power being produced will exceed demand and excess power gets wasted. Some power plants, such as one in Luddington, MI use reservoirs where water is pumped to higher elevation during times of energy surplus and drained through a turbine during times of energy deficit, using water for energy storage similar to a dam. A flooded mineshaft is a pre-excavated reservoir, with lower levels filled with water and upper levels available for water to be pumped to.
Consider the growing renewable energy industry. Energy storage is a huge issue with renewable energy because in many cases the production is even more inconsistent than the demand; it’s not always windy or sunny. Conventional batteries are not economically viable for energy storage plants, and reservoirs are expensive to build. On the other hand, according to Dr. Scarlett’s research, there are hundreds of flooded mineshafts in the US that could be suitable for conversion into Pumped Underground Storage for Hydropower (PUSH) facilities, and these may be able to be converted at a fraction of the cost of a conventional reservoir.
Before a mine can be converted into a PUSH facility, however, it must be inspected. There are several factors that need to be considered for a PUSH facility, most important being structural integrity of the mine. Most mines are far deeper than can be explored by a conventional diver. To explore Quincy Mine for example, it's an 8000 ft trip to the bottom, and that’s not exploring tunnels branching out to either side. A Remotely Operated Vehicle (ROV) or more likely an Autonomous Underwater Vehicle (AUV) of extraordinary robustness would be instrumental to the exploration of these mines.

This is where we come in: a robust, deep-diving robot that’s designed for an environment more unforgiving than the expanse of outer space: enormous external pressure, no communication, no recovery if something goes wrong. Differences in water temperature at different depths cause currents that can pull our robot in changing directions. No GPS means that our robot may have to localize from its environment which means more computing power. But more computing power means more space, weight, energy consumption, and cooling requirements. But how do you cool an enclosed capsule surrounded by 90 degree water? These are the sort of problems that our team needs to tackle.
This year we aim to develop our prototype to gain credibility for our project, as well as practice building a robot. Mechanically, we plan to develop our prototype’s localization, testing for mobility in 3 dimensions, and modifying our robot to maintain position and heading in dynamic currents. Much of this testing is planned to take place in the MEEM wave-tank. For our electrical system, work needs to be done to make it more robust with over-current protection. Sensors will also be tested for accuracy, and more will be integrated into our design. 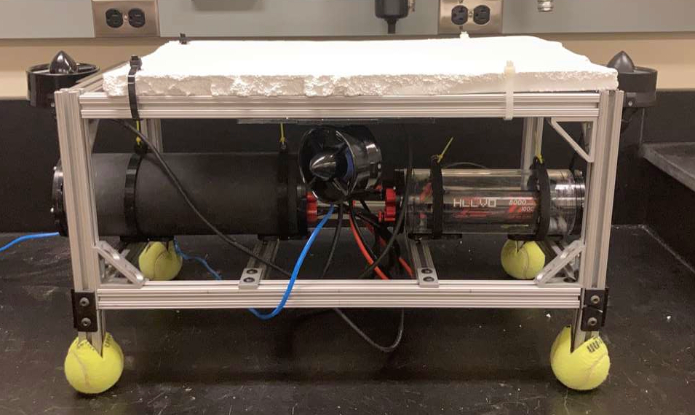 The current electrical system for the DIVER prototype is a Raspberry Pi-controlled system, with a LiPo Battery, power distribution board (PDB) and peripheral devices as shown in the flowchart above. The LiPo battery is a 6S, and the PDB manages power between the electronic speed controllers (ESCs, not shown) for the thrusters, to the lights of the system and to the Raspberry Pi. The rest of the peripherals get power from the Raspberry Pi. The Raspberry Pi communicates with a shore-side computer where user-input is fed to the DIVER. 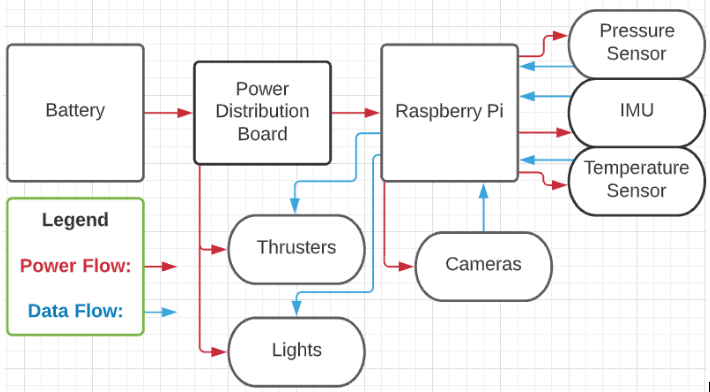